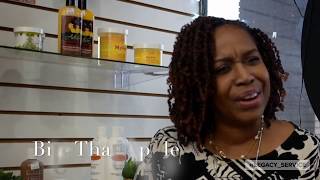 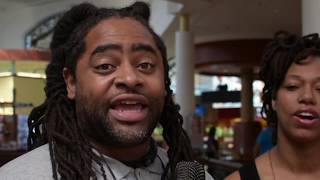 What it takes to be a family Business

The benefits of your own Home Base Business

What We Can Learn From Black Wall Street.

If you’ve ever heard the name “Black Wall Street,” chances are it was describing the Greenwood community aka “Little Africa” in Tulsa, Oklahoma. Whites destroyed this prosperous, predominantly black area in a 1921 race riot. But did you know there were three historically recognized “Black Wall Streets” in American history?

There was Jackson Ward in Richmond, Virginia, and Parrish Street in Durham, North Carolina. Only Tulsa’s Black Wall Street experienced a violent attack.

Here are just a few lessons 21st century black innovators and social entrepreneurs can apply from the history of these Black Wall Streets.

1. Don't give up because of oppression.

Less than 50 years after chattel slavery officially ended in the US, our ancestors built multiple thriving business districts. Let that sink in.

They were just beginning the long, hard process of recovering from nearly 300 years of physical and psychological abuse, economic and sexual exploitation, and loss of culture and identity. Most had never been to school and didn't know how to read.

But even as the promise of Reconstruction gave way to the terror of Jim Crow, our ancestors didn't give up. Instead, some brave souls built businesses to meet the needs of their communities.

According to the Richmond Times-Dispatch, from as early as 1888, Jackson Ward was the site of black-owned “barbershops and corner grocery stores.” A little later, Black Wall Street enterprises True Reformers and Southern Aid & Insurance Company became America's first black-owned bank and insurance company, respectively. The Hippodrome Theatre hosted some of the top black entertainers in the 1920s and beyond, such as Lena Horne, Ella Fitzgerald and James Brown, giving Jackson Ward its nickname, the “Harlem of the South.”

By the time the riots broke out in Tulsa, blacks owned numerous properties along Greenwood Avenue, had prosperous medical and legal practices, published two newspapers, and operated in banking and real estate.

2. Squad up and buy the block.

A street. A ward. A whole side of town. These physical boundaries defined our Black Wall Streets. All were adjacent to black neighborhoods. Black customers knew they could come to Parrish Street or Greenwood Avenue to take care of everything from groceries to hair care to entertainment.

Of course, this togetherness was enforced from the outside due to segregation. That's one reason it began to break down after integration and the Civil Rights movement.

Even so, for decades black business visionary Claud Anderson has promoted the idea of creating “Safe Zones” where black businesses and industries can be in close proximity. Not only is it convenient for customers and employees, but businesses can also share expenses, keeping overhead down. With co-working spaces all the rage, perhaps it's an idea whose time has come.

In the digital economy, there is endless possibility for Virtual Black Wall Streets: businesses may co-market using common web addresses, affiliate marketing, drop shipping and other strategies to collectively come up.

3. Pay attention to public policy: it can be as destructive as race riots.

While angry whites destroyed so much property and hard work in Little Africa (over a rumor at that), the black business community in Durham, NC, received financial support and social protection from Durham's white elite. Although Greenwood was rebuilt and exists today, none of the three Black Wall Streets have the same economic power.

Desegregation contributed to a decline as blacks began to move away and shop outside of their communities.The nail in their coffins was the government's ironically titled “urban

renewal” programs that destroyed numerous black communities - and their business districts - nationwide by erecting huge highways right in their midst. This left them isolated and vulnerable.

Thus it behooves us to pay attention to any laws, regulations and policies that could enhance or destroy our business prospects.